4 Reasons to Start a Garden and Grow Your Own Food

by Joseph O'Brien
in Gardening
0

Believe it or not, fresh, organic produce isn’t just for people with large bank balances. Anyone with a small piece of land or a windowsill can grow their own vegetables.

Even if you replace just one or two vegetables from the grocery store for something you’ve grown yourself, starting a garden and growing your own food comes with a range of benefits.

So, whether you plan to grow a single tomato plant in an indoor grow box or fill your entire backyard, here are four reasons you should grow your own food.

Since 2021, the price of groceries has increased by more than seven percent. Specifically, the cost of fresh produce jumped by 0.9 percent in January 2022 alone – and the prices continue to rise due to inflation.

Depending on what produce you decide to grow, you can save a significant amount of money on your grocery bills. Two crops with the highest yields and savings are tomatoes and bell peppers – which are also easy to grow. Gardening hacks allow bell peppers to produce fruit all year long, and just one tomato plant can produce up to 35 lbs of tomatoes!

Even though we’ve made huge technological advancements in our farming practices, today’s vegetables contain fewer minerals, phytonutrients, and vitamins than produce grown three generations ago.

Research has revealed that there’s been a 40 percent decline in the nutrients in fresh produce since the ‘40s. Because most commercial crops have been selectively bred for characteristics like uniformity and pest or disease resistance, the nutritional density of these crops has decreased.

A greenhouse kit is a ready-to-assemble hobby greenhouse. 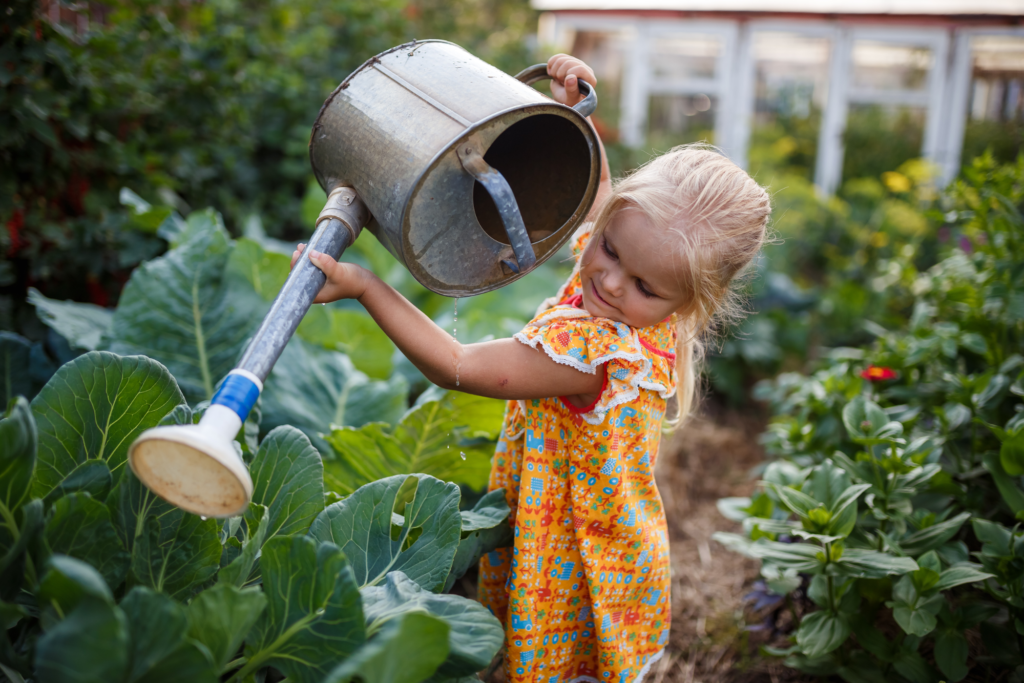 There’s a reason why the produce sold at supermarkets looks pristine – they are grown with pesticides.

Although not all pesticides are toxic, some are dangerous for vulnerable people like children and the elderly – so it’s always a good idea to avoid fruit and vegetables that you know are heavily treated with pesticides.

Celery, strawberries, spinach, sweet peppers, and cucumbers are among the “dirty dozen” – the crops that contain the most pesticides. 45 to 86 different pesticide residues have been recorded on these crops. Growing some of these crops yourself means you and your family will consume fewer pesticides.

In the U.S., around 55 percent of fruits and 30 percent of vegetables are shipped from overseas. Your fresh produce could easily have traveled for hundreds or thousands of miles to get to your grocery store. So, how fresh do you think fresh produce really is?

In fact, a lot of crops (like tomatoes) are harvested early, and ripening is induced by spraying them with ethylene gas. That’s why even the reddest, plumpest tomatoes on the shelf could still feel hard and taste a bit like Styrofoam.

By growing your own farm-to-table produce, you can pick it at the peak of its ripeness, which means it will have more flavor and a better texture than anything you can buy at a grocery store.

The 5 Prominent Senior Housing Options: Which Is Best For You?