How many times have you used a roofing company before? If you’re like most people, not a lot. That’s part of the difficulty in finding a reliable roofing company; very few people have a company they already know and trust. While it’s possible to find high-quality roofing companies like Umbrella Roof in every city (not just in Philadelphia!), there’s always the risk that you’ll end up with someone who does shoddy work – or worse, someone who takes your deposit and skips town.

So how can you tell what kind of roofer you’re talking to? Just like with anything else, all it takes is a few common-sense tips to figure out if you’re dealing with a trustworthy roofing company or not.

How to Choose a Good Sectional Sofa for Your Home

They can provide referrals

This is a big one, since referrals are essentially confirmation that the roofing company does what they say they do. This is something you should never compromise on; if a roofing company isn’t able to give referrals, it’s a sign that something’s off. It could be that they’re just fly-by-night scammers, or they’re simply terrible roofers with unsatisfied clients. Even roofing companies that only have a few months of experience should have two or three referrals to offer, assuming you aren’t literally their first client ever (in which case, find someone with more experience).

Their online reviews are solid

Looking at a roofing company’s online reviews accomplishes pretty much the same goal as asking for referrals, with one main difference: you’ll see the negative reviews too. Businesses usually can’t get unfavorable reviews taken down, so if a roofing company routinely treats their clients badly, there’ll probably be evidence of it on the internet. Nobody will have a perfect five stars, but it wouldn’t hurt to look at what people write, rather than the ratings alone. For instance, you might see regular complaints about limited availability due to the company’s popularity; if you can wait, that isn’t necessarily a deal-breaker. What you don’t want to see, though, are complaints about poor-quality work or the messes left behind by the roofing crew.

Their pricing is standard for the area

As a general rule of thumb, it’s smart to get quotes from at least three separate contractors before signing a contract with anyone. This will not only give you an idea of what most companies charge, but it’ll help you identify the people who charge prices that are too good to be true. If someone’s offering a stunningly low price, it isn’t your lucky day; they’re just trying to scam you. At best, you’ll end up with a roof that’ll have to be replaced within a year or two. They might also intend to rope you into a vague contract, then charge you all kinds of extras once they’re halfway through the process. At worst, you might make a down payment, and never hear from them again. Another expert tip: don’t pay more than 50% of the company’s quote as a down payment. If they want more, that’s cause for suspicion.

They have the contract in place before beginning work

A reliable roofing company will do everything by the book, and that includes the contract. If they don’t prioritize getting the contract signed before the roofing process gets going, that’s a sign that they could try some funny business later on – asking for more money, quitting before they’re finished, or finishing way past the promised due date. A contract won’t necessarily guarantee that they’ll do everything correctly, but it will guarantee that they’ll be legally liable for not fulfilling it.

They don’t use high-pressure tactics

There’s a certain amount of pressure that comes with expert salesmanship, but an honest roofing company will never try to rush you into signing a contract before you’ve checked out their referrals, confirmed their licensing, and compared their quote to estimates from other companies. Installing a roof is a big expense, and roofing companies should always give their clients plenty of time to make the right decision. If they keep urging you to sign something before you’re ready to, there’s probably a reason why they don’t want you comparing their prices or reputation to other companies. 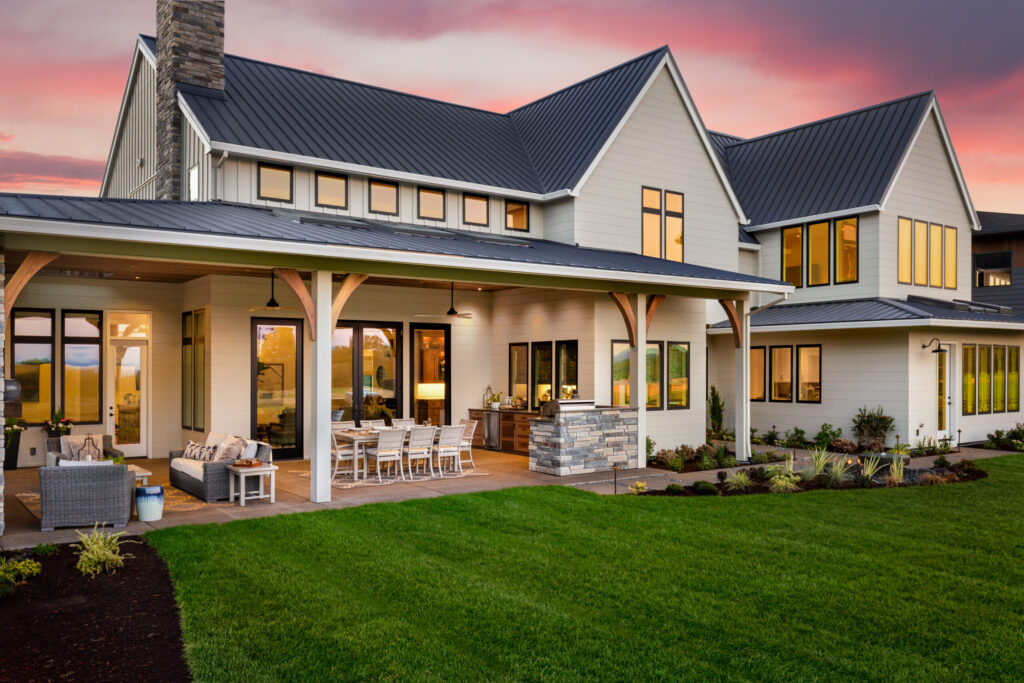 You found them, not the other way around

It’s pretty common for some roofing companies, nicknamed “storm chasers”, to use door-to-door sales tactics in order to drum up business after bad storms. They know that plenty of people will be eager to find a roofing company, so they hand out flyers all over town to take advantage of people who don’t know any better. While these offers usually aren’t outright scams, this isn’t a tactic that’s used by top-quality roofing companies.

A popular tactic among shady roofing companies is when a roofer knocks on your door and informs you that he just “happened to notice” some serious damage to your roof. Never mind that he can’t tell you what the problem is, or that you can’t even see it. He’ll insist that your roof definitely needs to be replaced or repaired immediately. Don’t fall for it. If you’re concerned about the integrity of your roof, a legitimate roofing company will be able to tell you what’s wrong and show you precisely where the problem is – and you’ll be able to see what they’re talking about.

The absence of licensing and insurance is never just an innocent oversight on the part of a roofing company; it’s an indication that they don’t play by the rules. It also means that you could be liable for damage that they cause, so it’s probably pretty clear why you’d want a fully licensed and insured roofing company for your house.

Finding a roofing company might take a little leg-work, but it’ll be a lot easier if you know what to look for.

Getting a new roof installed costs plenty of money, but if you choose the right roofing company, it’ll be money well spent.

How Do You Train A Dog To Detect Bed Bugs?

How Do You Train A Dog To Detect Bed Bugs?