Looking for the best methods to prevent pipeline corrosion. Metal corrosion costs the US economy an estimated $300 billion per year. This statistic is enough to keep anyone working on an engineering project up at night.

Aside from the high expenses, corrosion poses concern such as endangering personnel’s lives, causing injuries and even delaying critical projects. It doesn’t help matters that rust is tough to detect with the naked eye. So, here we need to reduce corrosion in pipes. To prevent pipeline corrosion, always use the best welding products.

Pipe corrosion, on the other hand, does not have to spell the end of your project. There are a few things you can do to keep this obnoxious metal punisher at bay while also saving a lot of money. Continue reading to learn more to reduce corrosion and how to do prevention of pipe corrosion.

How to Prevent Pipe Corrosion?

Have you ever seen a metal pipe with rusty patches on it? In most situations, these parts will appear worn or chewed away. If that’s the case, it was most likely pipe corrosion. Corrosion is a known culprit for causing metal components to cave in without notice.

What causes rusting in pipes? When metal comes into touch with filth, air, water, and even other metal, this happens. The metal loses electrons and weakens as a result of interacting with such elements.

Finally, the metal is vulnerable to various negative reactions that might result in concerns such as holes, splits, and rust. When it comes to pipes, the problem becomes worse because corrosion is self-perpetuating. To put it another way.

Keep an Eye On Your Water Supply If You Have Pipes

Water is a key source of corrosion. An excessively low pH level, especially in copper pipes, might harm the pipe’s lining. The pH of your water should be between 6.5 and 8.5, according to the EPA.

You should also keep an eye on the oxygen levels in your water. Rust is caused by the presence of oxygen and can result in blockages and buildups. Keeping water temperatures as low as possible is also a good idea. Hotter water has a higher corrosive potential.

Cleaning of Pipes Before Installation

Pre-installation pipework cleaning is one of the most efficient strategies to prevent water corrosion. Clean the pipe and remove all debris to extend the life of the plumbing system.

To fully clean your home’s water system, add a cleaning solution. The water should then be flushed out of the system several times until clean, clear water emerges. 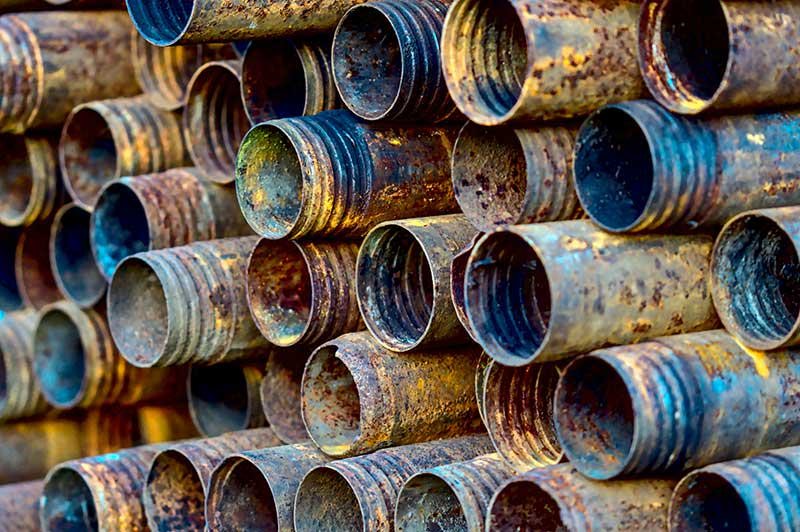 Phosphates are anti-corrosion agents. It keeps metals from leaching out of copper and lead pipes. Inorganic phosphate inhibitors generate an insoluble protective layer on the interior of plumbing pipes when they are applied to the water supply. The amount of phosphorus in a water source is negligible.

Before adding phosphate to your water source, consult a specialist. He’ll be able to tell you how much phosphate you’ll need.

Weathering damage caused by rain, snow, climatic conditions, or cooling tower overspray is the easiest to prevent all the types of corrosion that can occur in piping systems. Induced corrosion activity is always visible since the piping is exposed and accessible. The majority of weathering damage takes decades to manifest as a failure.

Any mechanical plant operation requires piping insulation, which is a necessary need. While insulation is required for steam, condensate, and other hot water lines to avoid heat loss, chill water and cold piping services are even more critical since moisture condensation can severely damage the pipe.

It may seem counterintuitive, yet proper insulation is frequently disregarded, potentially resulting in major piping and equipment damage.

Drain lines, vents, and other small diameter fixtures that are unlikely to cause any detectable heat transfer loss from the system are frequently left uninsulated, ignoring the risk of continual sweating and pipe wall loss.

Alloy steel is one of the most effective methods to prevent pipe corrosion. Combining the properties of numerous metals to deliver improved strength and resistance to the completed product.

When corrosion-resistant nickel and oxidation-resistant chromium are combined, an alloy that can be employed in both oxidized and reduced chemical conditions is created.

Different alloys give different levels of resistance in different settings, allowing firms to be more adaptable. Alloyed steel is relatively expensive, despite its usefulness.

You need to prevent pipe corrosion because it is a severe problem in terms of both health and expense. It can have an impact on people’s health in both the public and private sectors. Toxic elements like lead and copper can make water unsafe to drink and use for other purposes.

As a result, precautions should be taken to prevent pipe corrosion. Corrosion in the pipe can be hazardous to one’s health, degrade water quality, and be costly. Chemicals should be utilized to improve the technique.

It is critical to maintain consistency when cleaning the systems to prevent corrosion from reoccurring. Chemicals are utilized with the pigs to provide thorough cleaning and corrosion elimination.

Five Upgrade Ideas For Your Home This Summer

Five Upgrade Ideas For Your Home This Summer