Commercial Electrical Contractors: What They Are and What They Do

How to Decorate Your College Dorm Room

Electrical contractors hire a variety of electricians at different skill levels, which allows less experienced electricians to receive training and guidance from more experienced veterans, and this increases the number of capable employees. They also employ project supervisors and estimators for the business aspect of the job.

Types of Electrical Contractors and Electricians

Electrical work is a highly specialized field that requires a lot of specific knowledge, and that is why there is great emphasis placed on the different types of them. It is important for clients to know who exactly they’re hiring so that the tradesman or tradesmen showing up have the necessary qualifications. Even given this, there is not one type of electrical contractor or electrician that is better than the other, rather there is one more suited for a particular job than another. Despite their many differences, the two are similar in the fact that they should both be licensed and insured. 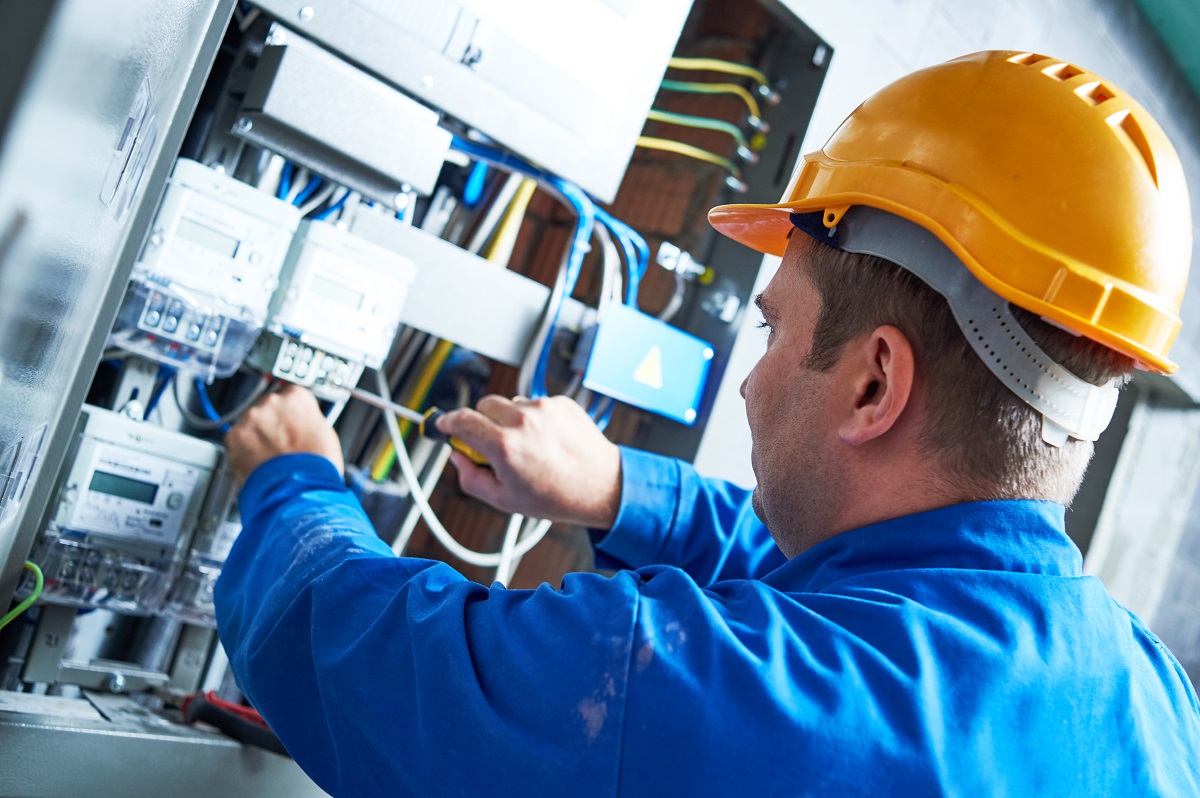 There are three main categories electrical contractors are sorted into based on the work they do: Outside/Line, Inside, and Integrated Building System (IBS) or Voice/Data/Video (VDV). Outside or line electrical contractors work in the outdoors with high-voltage power transmission and distribution lines. Their work ensures electricity runs safely from power plants to buildings. Inside electrical contractors take jobs that involve providing electricity within a property, such as cabling and installations, including within its boundary lines. This means that their work is not limited to projects inside a building but can also extend to tasks such as outdoor lighting. IBS, also known as VDV, electrical contractors work with low-voltage installations, such as security systems and wireless networks, and they are in charge of making sure these systems work together in a way that uses energy as efficiently as possible and that the building’s overall performance is maximized.

Electricians are generally sorted as residential, commercial, or industrial. Residential electricians, sometimes referred to as domestic electricians, work with residential properties, for example homes and apartments, as their name suggests. Their work ranges from installing lighting fixtures to repairing and maintaining electrical appliances to wiring new homes.

Commercial electricians share similar tasks, except their area of expertise is with commercial buildings, meaning buildings generally used for bringing in profit like malls and offices. Thus, the type of electrical appliances they might be fixing or the lighting they might be installing differ from the ones a residential electrician would be dealing with.

Because the equipment they deal with tends to be more complicated, they tend to be more experienced and skilled than their residential counterparts. The same goes for industrial electricians who work in plants or production facilities, and their jobs often require specific knowledge of the industry they’re in—for instance automotive or chemical.

So, What Are Commercial Electrical Contractors?

Commercial electric work is not something that can be DIY-d. There are simply too many risks involved, for example injury to an employee or damage to a building’s electrical system, when electrical work is not handled by a skilled professional. In fact, there are strict industry regulations when it comes to commercial electrical work that include safety standards, levels of insurance, and even the type of electrical equipment that can be used for a project. To work as an electrical contractor, one must be licensed to prove that they or their business have the base skills and knowledge to operate safely.