How do solar panels work, and what are their benefits?

Everybody wants to contribute to the environment while enjoying the full benefits of an alternative renewable energy source. Using clean energy is one of the ways to do that.

The most common and economical clean energy is solar power. You can utilize it by having solar panels installed in your home. Solar energy is harnessed by using Photovoltaic technology, or PV, as it is commonly called. You can light up your entire house with them, but that is just one of their benefits.

Great Ways To Make Your Deck More Appealing and Comfortable

Your Guide to Home Security System

But what are the other benefits that they provide, and how do they work? Read on to know.

How do solar panels work?

The sun is a nuclear reactor, but a natural one at that. It has pockets of electromagnetic energy called photons. These travel the distance from the sun to the earth in about eight minutes.

Photovoltaic solar panels contain numerous solar cells, which are created using silicon that act as semiconductors. They consist of a positive and a negative layer, which makes an electric field when combined, just like a battery.

When the photons strike the solar cells, it causes the release of electrons from their atoms. These electrons are then captured and produce electricity. The number of solar panels on your property will decide how much electricity is produced.

What type of electricity is produced by solar panels?

Solar panels generate direct electricity, also known as DC. In this type of electricity, the electrons flow in a specific direction in a circuit. Direct current or DC is converted into alternating current or AC, which is used in our houses with the help of a solar inverter.

From the inverter, the electricity is sent to the electrical grid, and from there, to the entire home. Inverters are also crucial because they offer ground fault protection, maxim power point tracking, and energy production apart from converting electricity.

What are the advantages of solar panels in your homes?

The first and obvious benefit of solar is that it’s a renewable and cleanest energy source. Unlike other forms of energy like coal or burning fossil fuels, it does not release carbon dioxide or greenhouse gases into the atmosphere. It also reduces the overall carbon footprint.

It lowers your electricity bills

Another benefit of solar panels is the lowering of electricity bills. Since you generate electricity by yourself, you become less dependent on the utility grid. The less you draw from the grid, the lower your overall costs are.

The average lifespan of solar panels is at least 25 years, so you can save a lot of money in the long run. 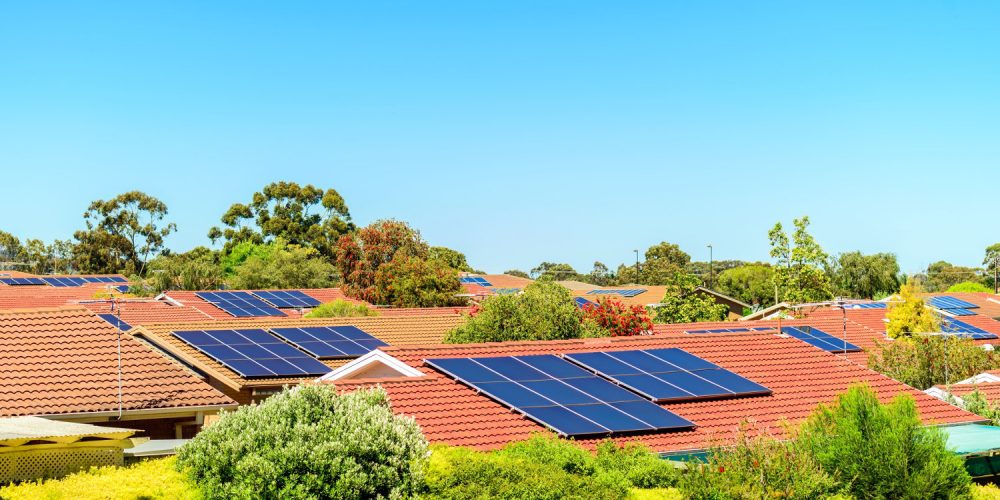 Export electricity and earn some money

If you have solar panels installed in your home and fulfill the eligibility criteria, you can benefit from the net metering system and solar renewable energy credits or SRECs.

Under the net metering system, customers who generate more electricity than required can send it back to the grid in return for “credits.” The billing is done only for the net energy used. Net energy is the difference between the energy produced by the solar system and the amount of energy consumed.

When the house is net-metered, the meter runs backward. SRECs, or solar renewable energy certificates, are incentives offered by the government in which solar households can earn one SREC certificate for every megawatt or kilowatt of electricity generated.

You can sell that certificate or certificates to utility providers in your state in exchange for money.

Increases the value of your home

Everybody wants the overall value of their houses to be increased in one way or the other. In countries like America, a significant population believes that solar systems increase property value.

They also would not mind paying more for homes with solar panels, since they think of it as a wise future investment.

Panels increase the longevity of your roof

While you may be familiar with the other benefits of installing solar panels, you may not know this one.

Firstly, the roof is protected from the harmful rays released by the sun, which would otherwise cause them to bleach and dry. The rooftop also receives more significant cooling since the air flows between the panels and the roof. They also keep your roof safe from adverse weather conditions like snow and hail, which cause significant damage.

Store solar power for future use

You can also store solar power for the future in cases of emergency, such as a power outage. That is done with the help of solar batteries. If the storage system comes with a software monitoring system, you can even check the solar energy production, utility rates, home energy consumption, and reduce peak time charges.

These are some of the things you should know about having solar panels installed in your home and the benefits that they provide.

6 Ways to Boost Your CNC Productivity

Best Ways to Keep Bees & Wasps Away From Your Home

Best Ways to Keep Bees & Wasps Away From Your Home

How to Prepare for a Bathroom Renovation

What Do Architects Do?

How to Deal With HVAC Condensate Drain Problems

5 Reasons Why You Should Hire Professional Electricians