Telltale Signs Your House Has an Electrical Wiring Problem

According to data released in 2019 by Electrical Safety First, over 19,000 accidental fires in homes in the UK were caused by electrical problems. Faulty leads and appliances, misused electrical items, and faulty fuel supply are some of the specific causes of the accidental fires. Clearly, electrical wiring problems are common housing disrepair issues.

Tenants and homeowners may be aware of the dangers of faulty electrical wiring, but many are not equipped with the right knowledge and information on how to detect such a problem. Wirings are not something that you check every day, so it won’t be easy to notice compared to the other disrepair in home issues.

Custom Homes 101: The Pros And Cons Of Building One

To ensure your safety, it is important to know which signs indicate that your home may have electrical problems.

If your home is old or aging, it is more prone to dangerous electrical issues. This is particularly true if you haven’t had the wirings replaced for years. Old wirings mean old fuse boxes, which can be dangerous because they may not be suited to the current required level of electricity use. If the wires are grey or white PVCu cabling, you’re safe as these are the modern ones. However, if your fuse box still uses ceramic switches, you need to have them replaced immediately. Old fuses will blow every now and then.

Have your old wiring and fuse box checked and upgraded right away to avoid any electrical problems.

You smell something unusual

New appliances sometimes give off a strange  odor when you first use them, but things eventually settle down once you start using them regularly. What you should pay attention to, though, is when you smell something funny or unusual and it’s coming from one of the outlets. Immediately turn off and unplug all items that are plugged into it. Call your electrician and have it checked. Do not use it until the electrician tells you it is safe to do so.

If the funny smell is coming from your breaker panel or fuse box, do the same thing. Do not turn on the panel or box until the problem is resolved.

If your outlet is hot

It is normal for some appliances to generate heat when they are in use, but it’s a different thing when the outlet is the one that’s hot. If an outlet is hot, unplug everything that is connected to it and refrain from using it.

Do not attempt to fix the problem on your own. Call your electrician.

How many extension cords do you have?

Have you ever wondered why some tenants and homeowners prefer for their electric wires to be hidden within or behind walls? You may think it’s for aesthetic reasons, but it is not. It is done for safety purposes. The cords are safe within the walls because nobody and nothing can disturb them. You won’t trip on them. The wires won’t get pinched or short out. They won’t get damaged easily, thus eliminating the risk of fire.

If you need more than one extension cord, use them sparingly. And ask an electrician to install them properly.

Do your lights dim or flicker?

Flickering or dimming lights may simply signify that you’re using the wrong dimmer switch, or one of the light bulbs is loose. However, it can also be a sign of more complicated problems like a malfunctioning electrical component, overloaded circuit, or faulty wiring.

If you have discoloured electrical sockets and switches, this is a sign that you have sparking outlets. The occasional sparking is normal, but too much sparking is not. It may be caused by faulty wiring or loose connections somewhere near the outlet or switch. If this is not addressed immediately, it can cause fire.

Have you experienced getting a shock while touching something metal that is attached to a mechanical system? This kind of shock is different from small static shocks. This is dangerous and can be an indication that there is something wrong with the way your electrical system was grounded.

Aside from metal objects, this shock can also come from ceiling fans, lamps, furnace ductwork, and water lines.

Electricity that works well emits no sound. So, when you hear a buzzing sound, it means that there may be a frayed wire or loose outlets or prongs. The minute you trace the sound’s origin, unplug anything connected to that outlet. Get in touch with your electrician right away.

If your electrical problems are caused by poor living conditions or substandard facilities provided by your landlord, inform them about the situation and request for repairs. If your landlord fails to respond after the designated time period, you can file a housing disrepair claim. 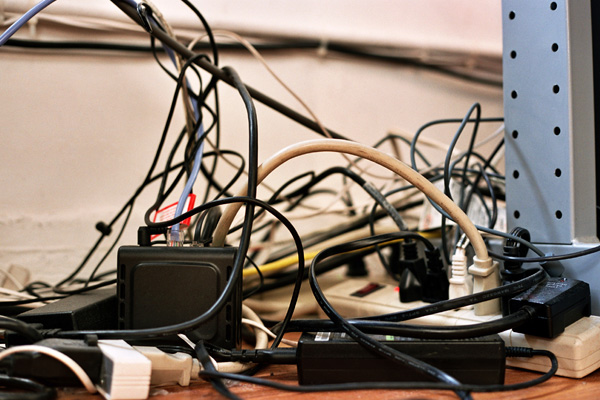 Get help from disrepair experts who, if you are eligible to claim, can guarantee that you’ll be properly compensated for all the inconvenience you had to go through. Call housing disrepair claims uk and arrange for a meeting.

Best Techniques To Keep Lead Out of Your Home Drinking Water

Best Techniques To Keep Lead Out of Your Home Drinking Water