What Are the Most Common Bathroom Problems and How to Solve Them?

Bathrooms are one of the most important rooms in our household as they are part of our everyday routine. As a result, there is nothing more frustrating than running into a problem and being unsure of how to fix it. So, let’s look at some of the most common concerns and how to handle them for a simple solution.

This may probably be one of the most common problems you run into on your day-to-day and there are a variety of ways you can address this. The most common solution whenever there’s a blockage in your toilet is to try to dislodge it using a plunger. By sealing off the pipe’s mouth, you can utilise pressurised air to force it downward toward the obstruction.

The importance of proper preparation when refinishing floors in Chicago

If that doesn’t work, try some do-it-yourself methods, such as flushing boiling water down the toilet to help you remove the clog or even using a long, flexible wire (like a coat hanger) to push the obstruction out of the way.

Remember that a blocked toilet occasionally might be a sign that the flush valve isn’t working properly. If this is the case, another option to help you fix the issue is to install a new toilet flush system.

After a long day, wanting to take a long, hot shower but being unable to do so due to low water pressure in your shower is undoubtedly one of the most irritating things out there.

Problems with water pressure can occur both in your shower and your taps, and there are several reasons why. From a technical standpoint, corrosion on the interior of your pipes can be traced back as one of the main causes of this. This often indicates that there is a plumbing leak, which could subsequently result in problems elsewhere later on. If this is the case, it is advised that you seek outside assistance and have this issue resolved as soon as possible in order to avoid having to pay a sizable repair fee in the future. 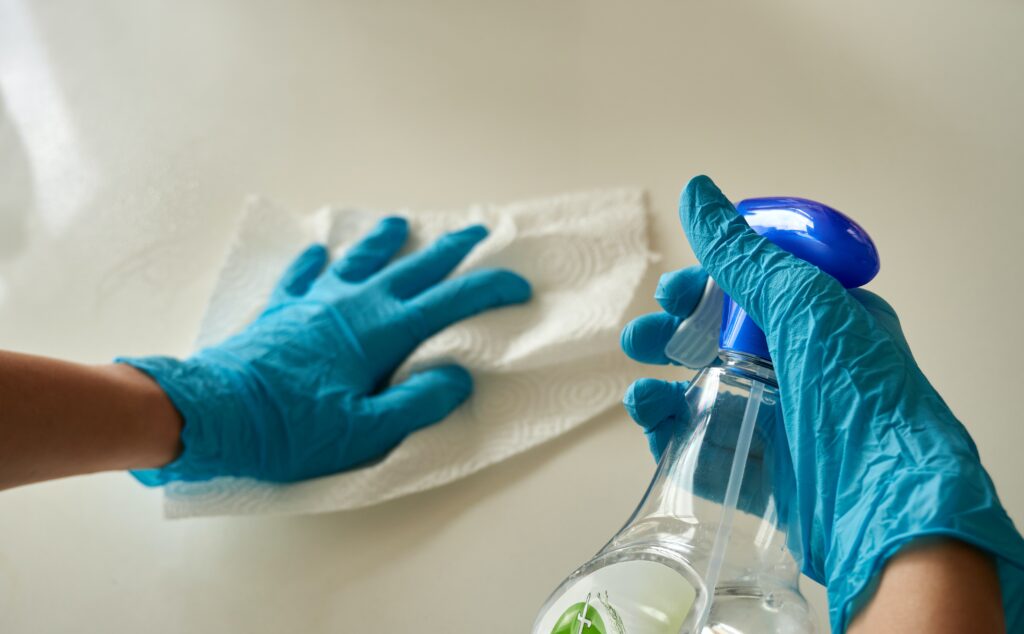 But don’t panic, you might not require professional assistance and you might be able to resolve the issue on your own and save some money. Over time, limescale build-up causes a decrease in water pressure. If this is the case, you may either use a natural cleaning product to remove the limescale or utilise natural home treatments like rubbing a cleaning towel with vinegar and lemon juice to do so. This method works for your toilet, tap, and shower!

You can always put water softeners in your shower to lessen the build-up of minerals in your pipes by filtering out calcium, magnesium, and other metals if you want to prevent this issue in the future. As a result, limescale build-up will be reduced, and issues with water pressure can be easily avoided!

One of the most frequent issues in your bathroom that you could experience at any time is mould. In addition to being unpleasant, it’s vital to keep in mind that mould spores have been connected to a variety of respiratory issues, some of which can be very dangerous. It is therefore best to address this issue as soon as you become aware of it.

Once mould is visible, the problem is likely to be quite advanced, and it is critical that you act as soon as possible. But there are other indicators which can help you become aware of this problem before it gets out of hand. If you notice a distinct damp smell, even if you haven’t taken a hot shower, there’s a probability that you might be developing a mould problem.

Because fungus develops in warm, moist surroundings, avoiding this from occurring in the first place may require adding a stronger extractor so that your bathroom doesn’t resemble a sauna when you exit the shower. When you aren’t using the bathroom, you can also install an electric dehumidifier to take the moisture out of the air. Simply put it outside the room with the door ajar and make sure that all the windows are shut.

However, if you have reached that point and mould has already begun to grow, we advise using bleach to get rid of it. Today, you can buy bleach made expressly to kill bathroom mould. Using vinegar to get rid of this in your bathroom is another more do-it-yourself option. This should work if you spray vinegar on the mould, let it rest for 30 minutes, and then scrub it off. Please be cautious when handling mould and use gloves, goggles, and respirators when removing it.

We hope this quick instruction was helpful and that you are able to solve whatever issue you are having in your bathroom as quickly and easily as you can.