10 Typical Electrical Issues in the Home

Your safety is critical when it comes to domestic electrics. Flickering lights, high utility bills, and faulty equipment are all signs of electrical problems on your home circuit. Choose the best remedy for each situation from the list below to secure your safety and minimize the danger of any problems. To avoid these issues as an electrician make sure you are protected with insurance for electricians.

Electrical surges can be caused by lightning, power cable damage, defective devices, and faulty electrical wiring in the home. While a single surge lasts only a fraction of a second, a series of surges can do serious harm to your home’s electrical components, shortening their lifespan.
Electrical surges

Room By Room Decoration Ideas For Your Home

Patio Design Ideas That Will Improve Your Backyard

If you often experience electrical surges, the origin is most probably an electrical device connected to your home’s electrical system, the house grid or the wiring. To test whether the surges can be prevented, try unplugging any cheaply constructed gadgets or power boards from the outlet. Otherwise, it may be necessary to seek the advice of a professional electrician.

Like electrical surges, sags and dips in electrical supply are frequently caused by malfunctioning or poor-quality equipment linked to your power grid. As they draw more power when they are turned on, they can cause an evident power drop.

Light switches that do not function properly

Dimmer switches that don’t adjust light adequately or light switches that seem to take a while to kick in are frequently the result of poor craftsmanship or inferior components.

Light switches that don’t work properly might indicate that the switches have been changed and the fixtures have been removed, or it could indicate a problem with the socket, circuits, or wiring. Get in touch with an electrician if you’ve recently moved into a new home and discover switches that don’t appear to do anything or if you’re having other problems with lighting controls.

High-wattage appliances, like hair dryers and microwaves, circuit breakers, particularly if they’re plugged into the same power source as other power-hungry types of equipment. The purpose of a circuit breaker is to keep you and your home safe. As such, if it trips, it’s an indication that it’s performing its job.
Reflect on what you were doing at the time the circuit tripped. If you were using a hair dryer, try the low setting. Another option is to limit the electrical use on a single circuit. 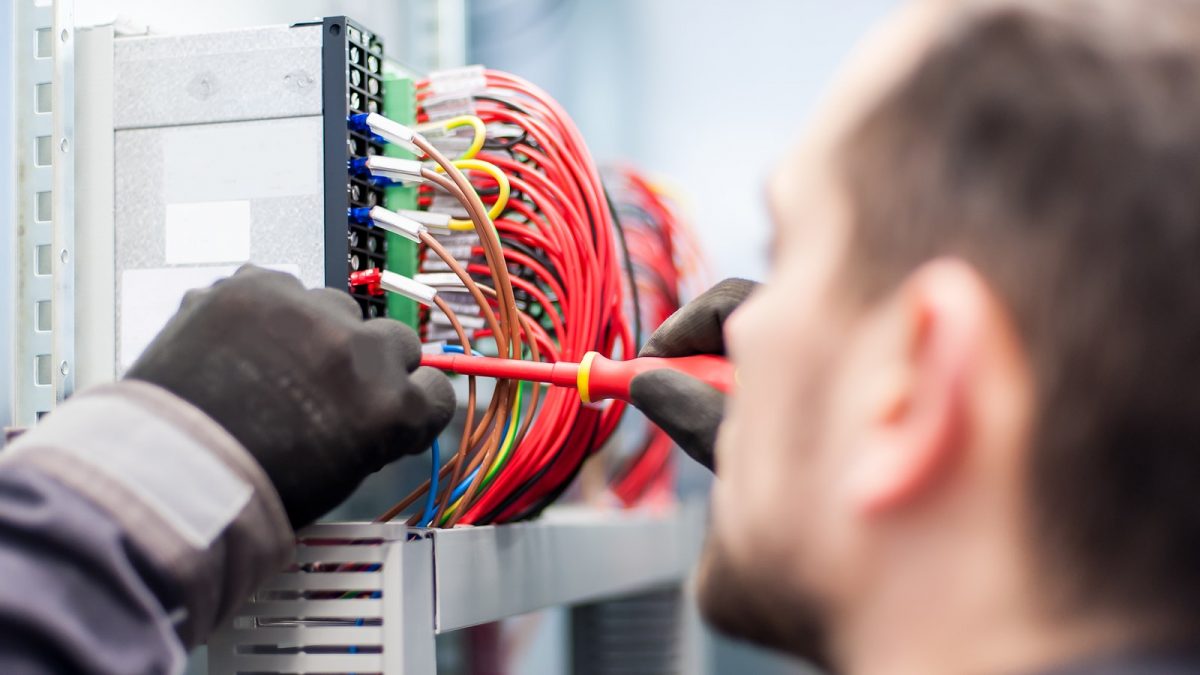 One of the most prevalent causes of circuit breakers tripping is overloaded power boards. Even more contemporary homes and apartments often lack enough power outlets to run a full home entertainment system, for instance. It’s possible that circuit overload is causing your circuit breakers to trip on a frequent basis in your home. Take the following measures to prevent this:

Powerboards should never be connected in a daisy-chain arrangement.
Unplug any devices that are not in active use.

Arrange for the distribution of your electrical needs. Avoid putting too much stress on a single circuit.

Lights that are either too intense or too faint

If some of the lights in your home appear to be very brightly lit while others appear to be dim, there are two likely causes:
The use of different lights that have different wattage. Try and use consistent wattage throughout your home.
Bad main neutral connection: Unless it is repaired by a professional, this will continue to cause difficulties for the home.

Experiencing an electrical shock can be a dreadful sensation. Even if the shock is relatively small, as is the case with a static shock, they act to remind us that electricity is dangerous.

If you experience a brief shock when you switch a gadget on or off, it’s possible that the wiring or appliance is not functioning as it should. You can test this by plugging in a different gadget and seeing whether the results are consistent. However, you should be aware that you may receive a second electric shock. In most cases, it is best to seek advice from an electrician.

If your electricity bills are high without any logical explanation, it may be worth calling in an electrician to do some basic investigative work to ensure that nothing is amiss. Additional actions that can be performed to potentially reduce electricity bills include:
Searching around for a low-cost service.
Identifying which of your electrical equipment are responsible for power spikes and taking corrective action.
Repairing a leaking hot water system.
Unplugging any gadgets and chargers that are not in use.
Repairing any damaged circuits or wiring.

For a variety of causes, your lights may be burning out too frequently:
There is an excessive amount of power usage.
The insulation is too close to the source of light.
There is faulty wiring in the circuit.
The house needs rewiring.
One switch has excessive wattage.
There is an issue with the circuit.
If you regularly have to replace lightbulbs, it could be worth bringing in a qualified electrician so you can understand what’s causing the issue.

When recessed lighting (such as downlights) become too hot, safety mechanisms can spring into action, leading to a power outage. Two potential explanations for recessed lighting going on and off are that the light bulb has too much wattage, or the bulb is too close to the ceiling insulation.
You can perform some basic troubleshooting, such as checking how much heat is being generated, looking for signs of overheating, verifying the total wattage, and checking insulation. However, it’s important to understand that overheating can cause a fire. As such, you should get the situation checked out by a professional electrician.

What does a foreigner need to know about buying a property in Spain?

A Step-by-Step Guide to Buying Your First Home

A Step-by-Step Guide to Buying Your First Home