Its installation has become an integral part of any community. Security cameras or Closed-Circuit Television cameras can be seen not only in houses and business establishments but also in street corners and alleys. It has become as important as having intercom systems in Melbourne homes.

Bedroom Storage Ideas That Could Work for You

What to Remodel Before Selling Your Home: 5 Light-Lift Projects

Cities like London have installed CCTVs everywhere and have since been a reliable ally in averting crimes. Many other cities the world over are also following suit, especially those with a relatively higher crime rate. Since this piece of technological marvel has played a crucial role in everyone’s safety and security for many years, let’s get to know more details about it.

What is a security camera or a Closed-Circuit Security Television camera?

A CCTV or security camera has been installed primarily for surveillance purposes. It is used as a private means to monitor what’s happening around the home, establishment, or even the community. There are a lot of factors to consider before the installation of security cameras in Melbourne or CCTVs.

Here are important things to note before installing a security camera:

The camera has to be placed at a strategic angle where it can survey a wide area. An ideal angle is usually one that is in the corners of the home or establishment and main entrance. The point is there should be no hindrance or obstruction at all to further utilize its capacity to monitor an area or location at any given time.

CCTVs won’t work if it is not elevated enough unless directed towards a group of individuals for close monitoring or surveillance. Security cameras must be installed higher than everything else. Depending on the kind of surveillance it is intended to perform, the general rule applies- the higher, the better.

This is especially the case when monitoring traffic conditions or activities of everyone. Any crime or unnecessary behaviors that may disturb the overall peace of an area can immediately be intercepted. Thanks to its strategic elevated positioning.

Needless to say, a security camera installation in Melbourne has been necessary for any property. However, it can also be installed in areas known to be bustling with activities. This is to ensure everyone’s safety by closely monitoring possible petty theft activities such as pick-pocketing.

It is also a must to be installed in a busy intersection or even dangerous road networks. Close surveillance in these areas can do the following:

– Quickly respond to accidents regardless of their severity,

– Monitor car chase by providing the police with a clear, specific, and exact situation report,

– Assist motorists and pedestrians for minor vehicle conditions such as a tire blowout or overheating,

History and interesting tidbits about the security camera

1942- This is when the first CCTV was ever used by Siemens AG in Germany. This first security camera was aimed to observe and closely monitor the launch of various rockets used during the war. It was Walter Bruch who first installed the security camera.

Thanks to Bruch, such an initiative paved the way for easier and more specific findings and observations. Soon, these early findings clearly contributed to the advancement of arsenal and artillery used in warfare.

1949- The first commercial CCTV was introduced. It was through a government contractor named Vericon who promoted the use of such a technology. Since this was CCTVs first public introduction, no video recording technology was not made available yet.

The security camera was positioned as a good live surveillance tool. Though simple, this was already considered advanced during this time. Who would’ve known that something quite unpopular will soon become one of the century’s most important discoveries?

1968- London is one the cities known to be heavily monitored by security cameras. However, it was New York during this year that first installed the security camera in its main streets and thoroughfares. Years later in 1973, the New York Police Department used CCTVs to monitor the crime rates in Times Square.

Not known to many, Times Square in the 70s and 80s was completely different. It was an area plagued with illegal activities in New York, a complete departure from how it looks now. If Times Square now is known for the world-famous New Year’s Ball Drop countdown, decades ago it was known for drugs, prostitution, gangs, and many more criminal activities.

Fast forward to one of the most devastating events that changed modern history in 2001. During the World Trade Center attacks on 11th September 2001, CCTVs have played an important role in documenting the horrendous events that led to the collapse of the twin towers.

Almost every detail of the attack was captured by CCTVs installed within the twin towers and surrounding establishments. Because of this event, the sales of CCTVs all over the world have skyrocketed. The power of a simple CCTV has been magnified further. It can uncover even the most minute details that may easily be forgotten if not for its installation.

2013- Britain stays true to its title as one of the most closely monitored countries in the world (if not, the most monitored). During this year, British Security Industry Authority (BSIA) reported that there are about 5.9 million active security cameras throughout the country. 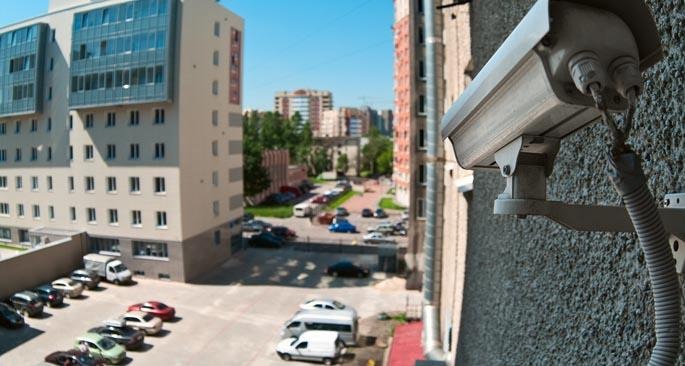 This equates to about 1 security camera for every 11 people. Obviously, London is just a fraction of the whole equation. Every single corner of the country is heavily watched and observed.

Security camera installation in Melbourne and the police force

An establishment space with exceptional commercial fit out in Melbourne together with any home regardless of size benefit from security cameras. For many years, people have realized security cameras play a huge role in deterring crimes and other safety breaches.

However, it is always good to be reminded that security cameras only serve as a tool to avoid crimes. It does not alone do the job. The police force still plays a crucial role in giving justice to the existence of CCTVs and other surveillance cameras. These tools are in place to assist them with crime-watching and crime-fighting.

The CCTV is deemed useless if there’s no one closely monitoring its broadcast. Security camera’s existence becomes futile if no one is there to review the recorded footage. Worse, malfunctioning security (either captured blurred images or inability to record) is better turned off.

Case in point, security cameras can never replace the job of humans. These cameras are merely tools used to make their lives easier and more effective. From security camera installation in Melbourne to its care and maintenance, human participation is greatly needed.

Building a Rear Strata Home: Everything You Need To Know

Reasons Why Having Your Own Home Can Be Good for You

Reasons Why Having Your Own Home Can Be Good for You

Interior Design Tips To Spruce Up Your Living Room

Simple Ways to Spruce Up a College Dorm

How to Reduce the Electrical Consumption of Your Air Conditioner