What are the advantages and disadvantages of LED lamps?

In addition to the positive influence on the room climate, all light sources should of course enable various work and occupations by providing light. When choosing the light source, it is not just the light output that is decisive. In the age of rising energy costs, power consumption is also becoming increasingly important. With the ban on incandescent lamps and the gradual abolition that went with it, the classic incandescent lamp was banned from the market.

Since then, energy-saving alternatives have come into focus. The light-emitting diode, or LED for short, is enjoying growing popularity. Where the LED was criticized years ago, it is highly praised today. We have put together some information for you to make your purchase decision easier. Here you can find LED high bay lighting.

Advantages of LEDs – energy-saving and convenient

The low light output was the biggest problem with LEDs in the past. For this reason, energy-saving lamps have long had the predominant place on the market. But developments were in full swing in the meantime. In the meantime, numerous consumers have switched from energy-saving lamps to LEDs. There are many reasons. On the one hand, LEDs manage without dangerous mercury, which made many consumers feel uncomfortable. Finally, if these lamps break, there is an increased risk to health. LED lamps do not contain any substances that are hazardous to health and the ecological balance is much more positive due to the low power consumption.

On the other hand, the high acquisition costs of high-quality energy-saving lamps created a bitter aftertaste when buying them. It is not uncommon for a copy to cost over ten euros. And the light output announced on the packaging often remained an empty promise. Many models could not keep up with the light spectrum of the classic light bulb. The situation is different now with LEDs. The light output has been significantly further developed and the technology has also changed for the better. The visual changes are particularly noticeable. Years ago LEDs were only known as the typical small light-emitting diode. Meanwhile, see the economical light sources Very similar to energy-saving lamps and can be screwed into conventional sockets such as E27 or E14. This in turn has made it easier to replace and increases the demand for LED lamps.

The lamp impresses with its long service life and minimum consumption. In comparison, LEDs offer the highest energy efficiency. They compensate for the disadvantages of energy-saving lamps and bring back the convenience of lightbulbs. For example, users of modern LED lamps no longer have to worry about delays annoying when switched on, as many were used to with energy-saving lamps. LEDs burn immediately and deliver full light intensity without a start-up phase. For this reason, the lamps can also be used anywhere. The use of energy-saving lamps was limited to certain locations due to the delays and the limited number of switching cycles. They were ruled out from the start for corridors or toilets because frequent switching on and off drastically reduced the service life. The LED provides a remedy here 150W LED high bay lighting.

The disadvantage of the LED lamps is still the price. Compared to conventional light bulbs, you have to dig deeper into your pocket for LED lamps. However, since high-quality specimens are already available for less than ten euros, it makes sense to try LED lamps instead of energy-saving lamps to test the advantages personally. Because they offer maximum efficiency and a more positive ecological balance. The savings potential is enormous. If you are unsure, wait a few more months. Because due to the increasing market pressure between manufacturers, which is additionally fueled by the increased demand, prices will fall continuously. 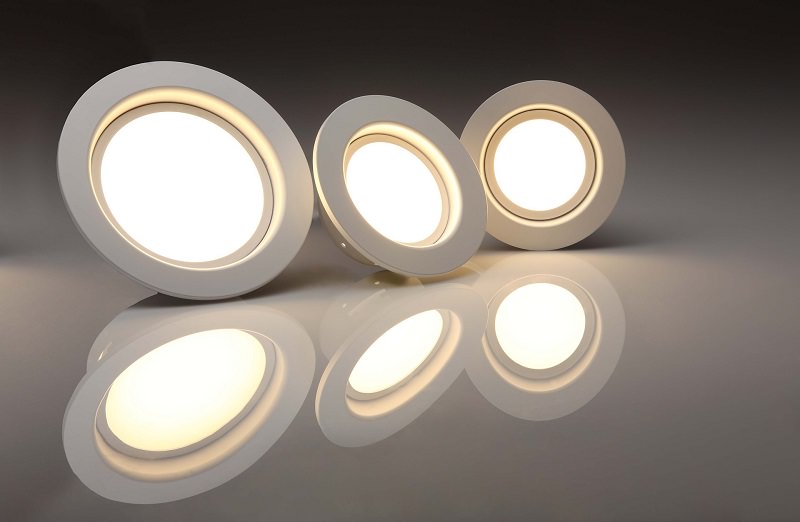 The costs – high in the short term, low in the long term

As a rule, the cost of LED lamps amortizes after a burn time of around 2,000 hours. That sounds like a lot at first, but it can be achieved after 2-3 years in living room lamps, for example. The lifespan of LED lamps is up to 30,000 hours, but quite high; 20 years can be possible here. This means that switching to LED lamps can be more expensive to buy, but more economical in the long term, as you have to spend less on electricity.

The ecology – longevity is cleaner

The cost of materials is quite high for LED lamps, and many rare metals are required. However, the low power consumption in combination with the long service life of the LEDs has a very positive effect on the overall ecological balance.

In the medium and long term, the advantages of LED lamps predominate. LEDs are therefore particularly useful in lamps that burn for a long time, such as living room lamps or in the kitchen, etc. Then they are usually financially AND ecologically more sensible than energy-saving lamps or even old lightbulbs.

The average energy consumption of a single-family home is shown here. In doing so, we address both the annual electricity and heat requirements.