Repair or Replace: Which is Best for Your Boiler?

Considering how overused boilers are, they are one of the undervalued devices used in the home. And no one thinks twice about the boilers until they break down. The worst time of the year for the boilers to break down is during winter because their function comes in handy during these times.

A boiler can break down due to many reasons. And the reasons will determine if you should replace them or find a boiler repair London. To save time worrying about repairing or replacing the boiler, use the factors below to determine the best decision.

How to effectively plow a parking lot: Tips & tricks

Many boilers are covered with a warranty which can be up to five or ten years, depending on the manufacturer. The warranty can sometimes cover the cost of replacing the damaged parts and the labour costs. So, if you are still within the warranty time, call the manufacturer before calling a boiler repair engineer, and then maybe you will get a large percentage of the repair fee.

The issue with your blender will determine how much the repair cost will be. Suppose the repair costs will be close to or equal to buying a new one, then buying a new boiler is a better option. So, weigh the cost of repairing and replacing it, and go for the less costly one.

But generally, if getting a new boiler is above your budget, you can consider repairing it until you can replace it with a new one, which can be a while after repairing the old one.

If the water boiler is still new and you have not spent so much on repair, you should consider repairing it instead of throwing it out to get another. Even if the warranty is over, repairing it might not cost much. So, if the boiler looks like it has the potential to last for a while longer,  consider calling for repair.

However, if the boiler is older than almost all other accessories in your home, it might be time to let go.  As boilers age, their efficiency reduces, and the more you repair them, the less efficiency each time. So, if you have fixed your boiler repeatedly, you should consider getting another one. 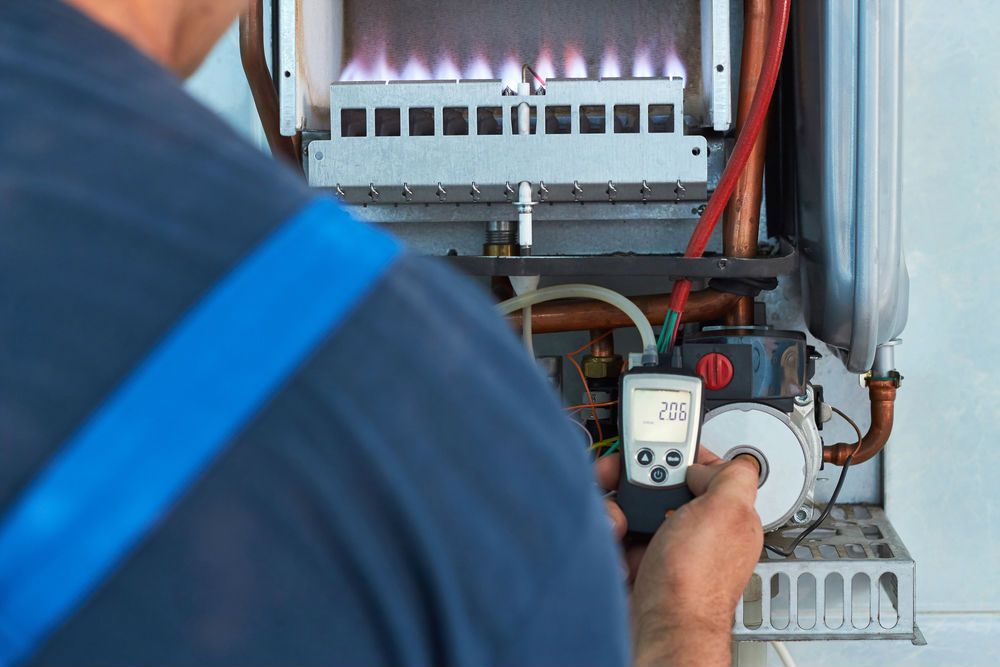 Think of the safety of repairing the boiler before opting for repair. This might have something to do with age too. Before repairing the boiler, the repair expert will tell you if it is safe to use after it is repaired. If you had noticed power surges and other dangerous signs before it got damaged, you should replace it.

As years go by, the parts of some boilers become scarce or unavailable; this might be because the brand is no longer in the market; hence there is no need to keep making its available parts. If this is the case, you might have to replace the boiler as there are no parts to repair it.

Sometimes, even if a boiler is not old, some of its parts might no longer be available because the brand has made new designs, and in their bid to make people buy the newer ones, they stop selling parts of the old versions.

Even if you do not think you can get the parts, instead of making assumptions call for a professional boiler repairer to know if there are chances of repairing the boiler.

Before repairing your boiler, you must ensure the cost will be worth it. It is not only about the current price but also the future expenses. Ask the boiler repair London how long it will last after you repair it.

If it only lasts a couple of months, it might be better to go for a replacement instead of having to repair it every other month.

How to Know When to Repair or Replace Your Boiler

Before your boiler finally breaks down, you might notice telltale signs showing you need to repair or replace the boiler. Here are some of the signs.

When you notice that your boiler is not as efficient as it was, it signifies something is wrong. You might notice that the boiler takes too long to heat the water, and the water gets cold faster than it should.

The sign of abnormal functioning might even be after frequent servicing if you do not notice any change in the boiler’s functioning after servicing it. You should call the boiler repair to check what is wrong with it.

If you notice that you keep having to repair it, it is beyond finding another repairman to check it. Once you have repaired your boiler more than six times a year, you should get a replacement. Annual serving should not only keep your boiler up and running efficiently, but it should also ensure that you do not have to call the repair company again.

If you often notice a pool of water around your boiler, something is wrong with it, and it needs an expert’s services. The boiler leaking can spell damage and danger. As soon as you notice that the pool of water near the boiler is regular, you should call the repairman immediately.

Deciding whether to repair or replace your boiler can be difficult. Apart from the sentimental attachment you might have to the boiler, you might also consider other factors. However, weigh your pros and cons, and decide on the better option.

Do not just throw out a reliable boiler because of minor damage. Call on the boiler engineers at Gas Boiler & Heating Repair LTD at 49 Pendragon Rd, Bromley BR1 5JZ, United Kingdom or over the phone +44 7795 034003 to seek advice on the best decision to make

Everything You Need To Start a Commercial Paving Company